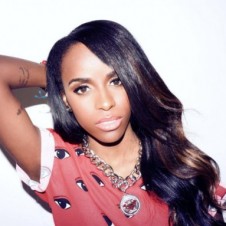 Angel Haze, one of the hottest young women in hip-hop, gives off an aura of casual, effortless cool when she talks, belying the devastating topics she raps about: anorexia and sexual abuse, religious fundamentalism and homophobia. Slumped in an office chair in her record label’s midtown offices recently, the artist peppered her sentences on activism and social awareness with enough swear words to make an agent blush. Her message was simple: Be happy with who you are, and f–k anyone else who tries to tell you otherwise.

One year after “Cleaning Out My Closet,” Haze is getting ready for the January release of “Dirty Gold,” her first studio album. Although her rage may have ebbed somewhat, her passion is clearly still of the white-hot variety. The Detroit-raised rapper’s latest cover, of the Macklemore & Ryan Lewis hit “Same Love,” again showcases her ability to weave skilled rhymes into a personal narrative. In this case, it’s a snapshot of Haze growing up queer in a home that rejected any hint of otherness. While Haze has in the past referred to herself as pansexual, she admits she’d really rather not apply any label at all. Part Native American, Haze said she’s always felt herself to be “two-spirited,” a concept others often seem to have a difficult time wrapping their heads around.