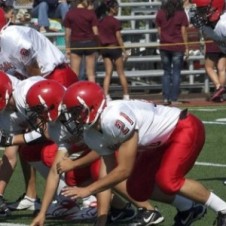 As the Employment Non-Discrimination act passed the Senate and now moves to the House, a story is making its rounds on the Internet that points to crucial need for employment protections for lesbian, gay, bisexual and transgender people.

According to a lawsuit filed in Alameda County Superior Court, Burke Wallace was fired from his position as head varsity football coach at Livermore Valley Charter Prep High School in Livermore, Calif., after supervisors heard him mention his husband “in passing.”