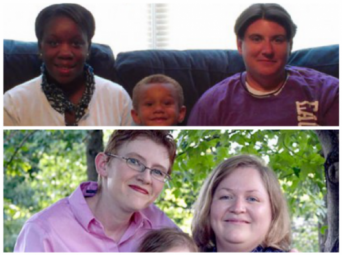 A federal judge on Friday certified a lawsuit that two lesbian couples from the Shenandoah Valley filed against Virginia’s same-sex marriage ban as a class action.

Judge Michael F. Urbanski of the U.S. District Court for the Western District of Virginia in Harrisonburg ruled any same-sex couple in the commonwealth who is not married or legally exchanged vows in another jurisdiction can join the women’s lawsuit.

The American Civil Liberties Union, Lambda Legal and the ACLU of Virginia last August challenged the state’s constitutional amendment that defines marriage as between a man and a woman on behalf of Christy Berghoff and Victoria Kidd of Winchester and Joanne Harris and Jessica Duff in Staunton.