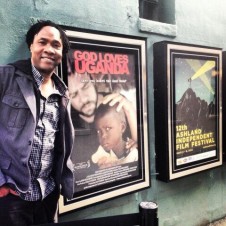 “God Loves Uganda” is a documentary which explores an emerging war in Africa. It portrays the key role that the US Christian right has played in undermining LGBT rights in Africa. Directed by Academy Award winner Roger Ross Williams, it seeks to highlight the dominance Evangelical missionaries have in Ugandan society and the power they hold over its communities.

The film charts the roots of Uganda’s “Kill the Gays bill” from the capital Kampala to a center of Christian fundamentalism in Kansas City, Missouri. “The flip side of all this attention to the Anti-Homosexuality Bill is that it has created a discussion in Uganda that never existed before,” Gitta Zomorodi of the American Jewish World Service, an organization campaigning on this crisis and which organized the film’s screening in San Francisco, said. “It’s been an instigator for people to come out. People in Uganda are realizing they know someone who’s LGBT.”