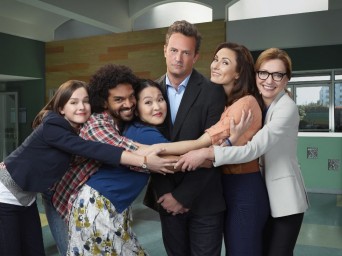 Here’s an interesting question: Is “Go On” the lesbian show we’ve been waiting for? Now, before you give me the raised eyebrow of lesbian disapproval, hear me out. I fully realize the freshman NBC series is actually The Chandler Bing Does Sports Radio Show. Clearly, this is not a lesbian show. But there’s an interesting case to be made that its lesbian character of Ann is one of the best new additions to the LGBT pantheon of characters.