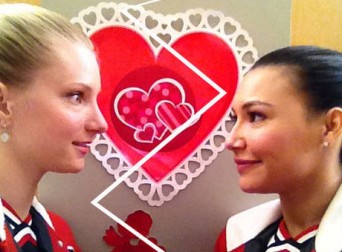 “Glee” fans were so upset with the breakup between Santana Lopez (Naya Rivera) and Brittany Pierce (Heather Morris) that some have even sent creator Ryan Murphy death threats.

Fans were so heartbroken at the end of the lesbian duo they started to send Murphy death threats. Rivera told Complex magazine she understands why fans found the split so upsetting.

“Having gay characters makes a difference, especially when you are a teenager and you need people to look up to,” Rivera said. “Your world feels so small. The tiniest thing can make you think, ‘I’m gonna die!’ I’m glad Glee is around for people dealing with something that big in such a small world. It’s important.”