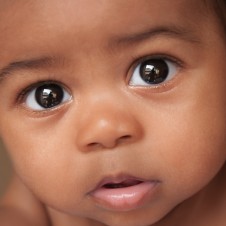 German parents will be able to register their children without assigning a gender starting November 1, thanks to a new law that seeks to protect the rights of intersex individuals. The law is the result of a study by the German Ethics Council that found that intersex people need protection from irreversible and unnecessary medical operations performed at birth in order to “correct” gender.

“A key aim of the new rule is to relieve parents of the pressure of having to decide a sex straight after the child’s birth, and thereby agreeing overly hastily to medical procedures to settle the child’s sex,” a spokesman for the German Interior Ministry told Reuters. While the law is celebrated as a landmark move, some see places where the law could lead to further discrimination of intersex people, by outing them on public records.