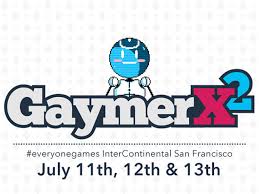 The first GaymerX, a convention by LGBTQ gamers for LGBTQ gamers, was a smashing success; now, the team behind it is gearing up for GX2, scheduled for July 11-13, 2014—and for those who want tickets, it’s advised they act fast.

According to the new Kickstarter, “Last year, over 2,300 awesome gamers attended the first GaymerX—and now it’s back with even more surprises for LGBTQ geeks!”