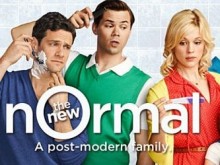 An NBC Utah affiliate has yanked Ryan Murphy’s forthcoming sitcom, “The New Normal,” from its fall lineup, according to The Salt Lake Tribune. The station, KSL, which is owned by the Latter-day Saints church, refuses to air the show about two gay men who go through the highs and lows of parenting their new baby.

“The dialogue might be excessively rude and crude,” CEO of KSL’s parent company, Bonneville International, Jeff Simpson tells the Tribune. “The scenes may be too explicit or the characterizations might seem offensive.”