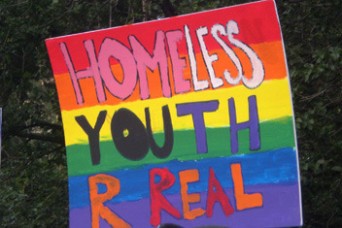 At 13, barely a teenager, Brooklyn Gayle felt more accepted on the streets than in her home. When she opened up to her foster parents that she was a lesbian they responded with a phone call to her caseworker. Turns out, they didn’t want a gay person living under their roof.

“My parents were afraid I was going to harass my little sister,” says Gayle, who is now 18. “It was a pretty traumatizing experience.”