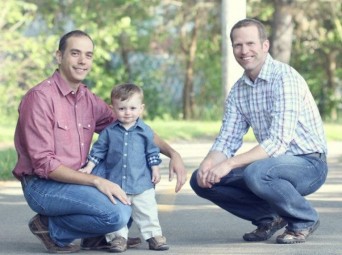 President Barack Obama surprised a gay Michigan couple with a special invite. Kent and Diego Love-Ramirez were invited by the president for a Father’s Day celebration at the White House on June 14, as the Lansing State Journal reports.

The two fathers have a two-and-a-half year old son named Lucas, whose birth they were both present for. Diego cut the umbilical cord and Kent was first to hold Lucas after his birth in 2011. What makes Obama’s invite particularly special is the fact that Michigan doesn’t have second parent adoption.