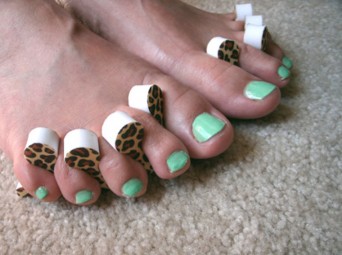 It took me a long time to develop my gaydar. Thankfully, I’ve got it now, well, most of the time anyway. I still have a problem identifying femmes, not all femmes, and, honestly, I have a problem with butch-looking women who happen to be straight.

There are a lot of lesbian women out there who not only don’t identify as either femme or butch, but blend in with hetero women to the point that the thought “is she or isn’t she?” doesn’t cross my mind.

I believe I fall into this invisible category. Women who have strong gaydar admit I don’t present as obvious, or that it would have taken them more time than usual to figure me out, while assuring me they would have and besides, my lengthy, bouncing stride gives me away. Some have said my invisibility is due to the fact I was previously married to a man, and, although that was a long time ago, these women believe there is some lingering effect, or affect, that causes me to blend in with the multitudes.

I don’t like to admit that I’ve guessed wrong about a woman’s sexual orientation, but it has happened on a few, dare I say, embarrassing occasions? Since then, I’ve learned to be quiet, to not make overt assumptions. Instead, when curious, I edge in to the conversation. For example, I might mention dining with my girlfriend as a way to open the door for the other woman to reveal, “Oh, my wife and I love eating there, too!” or some such thing.

The last time I made a gaffe, I was selling books at a writer’s expo and chatting with the passers by, when a very butch-looking woman approached. We talked about her horse farm. She was a sturdy lass and I could imagine her doing all the hands-on work she described. She wore no make up, no belt, and a wash-and-wear hair style suited to a rancher. By the time she said Patricia Cornwell was her favorite novelist, a known lesbian writer, my gaydar, which must have been set to “stereotype,” had already registered a positive ID.

I thought to tell her about the stories I write under the Zoe Amos name. Her demeanor shifted dramatically and she informed me in no uncertain terms that she was at the event with her husband. In an attempt at a quick recovery, I suggested she might pass my business card to an interested friend before she walked away. My parting thought was a fantasy: I’d see her the following year and she would exclaim, “You opened my eyes! What a fool I’ve been!” Right.

And then, there are the femmes. Femmes are similar to butches in that they come in all shapes and sizes, but it’s how they decorate those shapes and sizes that makes all the difference. My girlfriend is a femme. She doesn’t wear make-up on a regular basis, but she’s very stylish and carries herself in a decidedly feminine way. Ruffles and frou-frou tops become her, which I like, and yet personally, don’t relate to for my own wardrobe. In a pinch, I borrowed a frilly shirt from her one day, but couldn’t wear it. Ack! Get it off of me!

This brings me to the topic of pedicures. Lots of women paint their toenails — butches, too, I hasten to add. My girlfriend and I were invited to a St. Patty’s Day party and, because it was warm enough to wear sandals, she had to paint her toenails. She showed me three bottles of green polish and asked me which one would look best. I’m an artist. I know color and two of these were the same. The third had a bit more yellow in it. This is where I part company. Sorry, I just don’t get it. Mistake! We bantered back and forth, and I told her to pick one. No one will notice if the color on your toes matches the color of your green shirt, will they? Or maybe other femmes notice. Do you? The color was pretty with her sandals and I complimented her. Other than that we were at a party with all gay women, I wouldn’t have singled her out as gay, but, of course, I knew she was.

Zoe Amos brings her lesbian point of view to articles and stories on diverse topics. Connect with her on Facebook and Twitter. Read her stories on Kindle and Nook. Check out her other life at JanetFWilliams.com