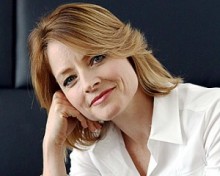 It looks like Jodie Foster wasn’t kidding when she said she was looking at cable TV. According to Deadline, Foster will direct and produce a mob drama for Showtime.

The project, “Angie’s Body,” will be written by Rob Fresco and follows a woman who runs her family’s crime syndicate. Foster and Fresco will executive produce the project.

“I think I may spend some time on cable,” Foster told the Associated Press in July.