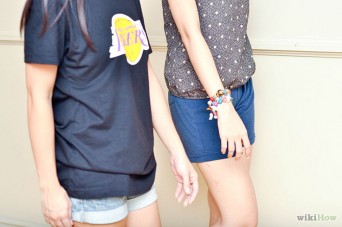 Dear Anna, I met an amazing lady, and at first she was giving me a very deep stare every time we met. After that, she started taking any chance to talk with me and I was kind of shy so I wasn’t talking back much. As time passed, I started having intense feelings for her but did not tell her. Three months ago, she gave me her number (I did not ask for it), and recently she asked me if I had a girlfriend and I said no, but when I asked her the same question she said she did. I was like, “What the hell?” Did I read the whole thing in a wrong way or what? — Miss Interpretation

Anna says: You’ve been talking for three months but your crush’s girlfriend didn’t come up all that time? Hm. Either you haven’t been communicating very much or she was keeping it from you, but my guess is it was probably the former. Instead of getting mad at her for being honest with you about her dating life — and really, she did nothing wrong — you could try being honest with her as well.