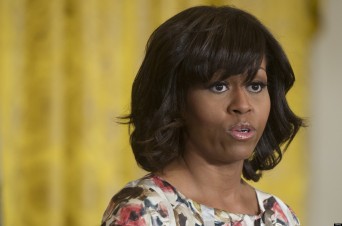 First lady Michelle Obama’s speech Tuesday evening at a private Democratic National Committee fundraiser was interrupted by a protester, who demanded equality for gays and lesbians.

About 12 minutes into Obama’s 20-minute speech, a woman standing at the front of the crowd began yelling for an executive order on lesbian, gay, bisexual and transgender rights.