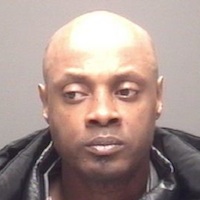 The father of one of the lesbians killed in Galveston County, Texas, on Friday was arrested in connection with the murders today, according to The Galveston County Sheriff’s Office.

James Larry Cosby, 46, Houston, is the father of Britney Cosby, 24, who was beaten to death. Her girlfriend, Crystal Jackson, 24-year-old mother of a five-year-old daughter was shot, the Galveston County Medical Examiner said. Both women’s bodies were found near a dumpster on the Bolivar Penisula.

Police say the women were killed elsewhere and dumped behind the Cove Food Mart.

James Larry Cosby is being held in the Galveston County Jail with bail set at $500,000. Two charges have been filed against him related to tampering with evidence in connection to the double homicide, according to the Sheriff’s Office.