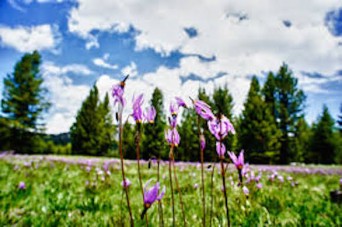 Fabulosa was created as a woodsy version of lesbian entrepreneur Dawn Huston’s San Francisco bar and nightclub El Rio. It’s been going strong ever since. The 2014 event takes place near Yosemite, September 25-28.

Founders Huston and Jenny Hoyston shared the secrets of their success in an interview with Lesbian.com.

When and why did you start Fabulosa? Who was involved?

DAWN: Fabulosa began in 2007. I wanted to experiment with the model of El Rio (my bar-niteclub in San Francisco) in a Festival mode. El Rio is structured as a for-profit business, but run as a not for profit. I was curious if folks would respond to a not for profit women’s ( and allies’) festival. The original producers were Judea Eden, Jenny Hoyston and myself. Many of the original core team and volunteers are still with us as well.

What have you learned about putting on a big event since that first one? How has the event evolved?

DAWN: That you need a ton of folks to pull it off. There are a lot of moving parts to create, assemble and manage during the fest. It’s complex to create the infrastructure for just 400 people.

Fortunately, from the beginning, we have had so many people, both at Fabulosa and in advance, be part of the team, that it has been more than viable. So many people step up and volunteer. It’s impressive!

How do you choose your performers? Activities?

We’ve chosen bands who are affiliated with our collective like Erase Errata and The Judea Eden Band.

We’ve chosen bands who have been active in our community for a long time like Average Dyke Band.

We’ve chosen some up and coming acts who have a fiery spirit we admire like Anita Lofton Project and Bestfriend Grrlfriend.

Tell me about your nonprofit beneficiary and why you chose Mountain Crisis Services and POWER/JUST CAUSE?

DAWN: Fabulosa is at her heart a fundraiser. The fest proceeds are donated to a local non profit chosen by their proximity to our location and their work with women and children. Mountain Crisis Services does an amazing job around violence towards women.

Besides the fest proceeds, we also partner with other non profits specific to work they do with women and girls.

Our cafe and bar proceeds are donated each year to POWER/Justa Causa.

We have added a new relationship this year with Bay Area Girls Rock Camp to run and receive the proceeds from our showers.

What can people expect this year at Fabulosa?