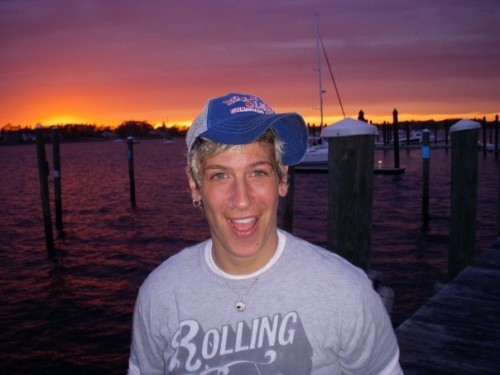 Most people know chef Michele Ragussis for the sunny personality and wicked knife skills she demonstrated during her run on the “Next Food Network Star.” While she didn’t land in the top spot, the Connecticut-born, Brooklyn-based chef finished in the top three and won over scads of devoted fans with her homey New England cooking style.

“Next Food Network Star” is Ragussis’ most recent claim to fame, but it wasn’t her first turn in a reality television kitchen – you may have seen her as a contender on “Chopped” or “24 Hour Restaurant Battle.”

If you want to talk culinary credentials, Michele is of Italian/Greek descent and was born with a love of food flowing through her veins. A Johnson & Wales graduate, she has over 15 years of restaurant experience and is currently lending her talents to The Pearl restaurant in Maine.

In this exclusive video interview Michele dishes on behind the scenes happenings on “Next Food Network Star,” tells us why she thinks so many female chefs are lesbians and shares what she has in store for the future –all while demonstrating how to make a delicious seared scallops with New England style creamed corn dish. 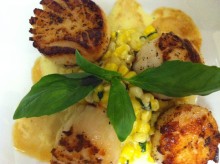 Shuck ears of corn and slice the kernels off the cob. Add olive oil to sauté pan and heat. Add corn and salt and pepper to taste. Let cook for a few minutes and then add enough heavy cream to cover the corn. Increase heat and add a handful of sugar, Allow to cook until cream reduces, approximately another 25 minutes, stirring occasionally. Add some chopped fresh basil and cook for another 5 minutes.

While corn is cooking, heat a pan with olive oil and sear the scallops on both sides until they are golden brown.

To serve, spoon creamed corn onto plate, arrange four scallops on the creamed corn, and garnish with fresh basil. Makes a great romantic dinner for two!

When Natasia’s not interviewing reality television chefs, she’s just a girl, writing about girls in New York City. Read more of her work at Hot Femme in the City.

One Response to “Exclusive: Going down in the kitchen with chef Michele Ragussis”