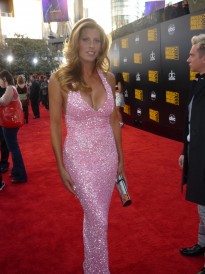 All eyes on… Candis Cayne

Candis plays Viviana, a businesswoman and perhaps the least conflicted of the bunch. She was the first transgender actress to play a starring role on a network television show: “Dirty Sexy Money.” Other work includes roles in “Stonewall,” Meth Head,” “CSI:NY,” “Drop Dead Diva,” and “Nip/Tuck.” 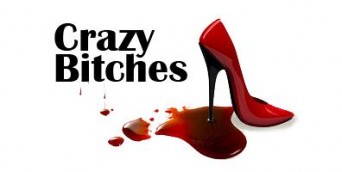 “Crazy Bitches” has officially wrapped and is moving into pre-production! They’re looking for your help to make the movie a reality, so if you have the ability and the willingness, please donate.

According to information on the film’s Facebook fan page, the cast and crew completed the shoot with ;literally five minutes to spare. That’s cutting it close! 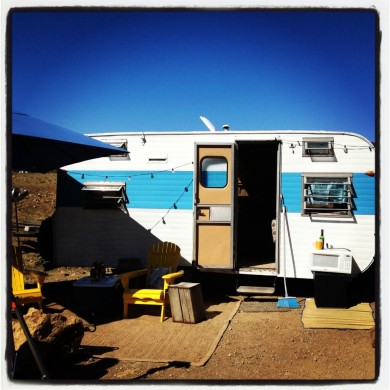 Liz McGeever tweeted this photo — heat wave on set! Where is the cast?! 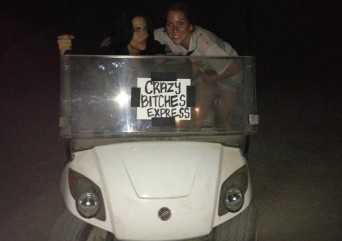 “Crazy Bitches” cast member Mary Jane Wells shared this photo from a night shoot on the film. Clearly, they’re having a lot of fun playing in the woods. 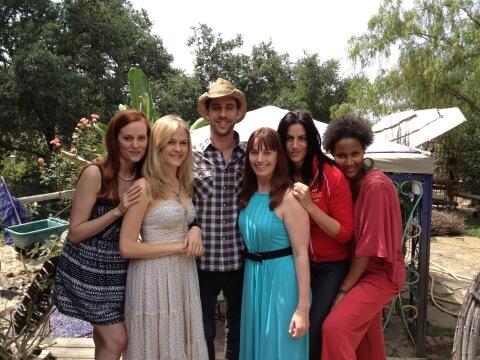 Cast member Mary Jane Wells tweeted this photo from day 8
on the set of “Crazy Bitches.”

What scares you? Some of Cathy DeBuono‘s fellow “Crazy Bitches” cast members joined her and her radio co-host Jennie McNulty on Monday to talk about that very subject.

Jennie spent a day on set talking to members of the cast and crew of the film, asking how they feel about scary movies, if they watch, why people choose to go the movies to be scared and, last but not least, what scares each of them.

Stream or download the show archive at “Cathy Is In.” 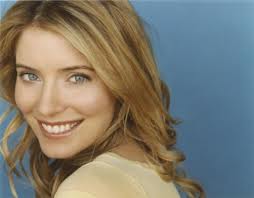 All eyes on… Victoria Profeta

Profeta plays Alice, the “rock keeping the crazy friendships in place.” Alice, the most popular girl in the sorority, married her college sweetheart and gave up her career to become a full-time stay at home mom. 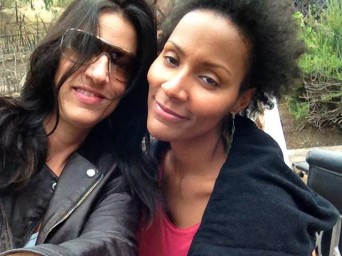 Cathy DeBuono tweeted this picture of herself and castmate Nayo Wallace, right, who plays Dorri!

All eyes on… Nayo Wallace

Dorri is a confident business and music student who lives in NYC. She was the AKP Sorority treasurer. Wallace herself has both acting and vocal talents, and has appeared on Broadway in “The Lion King” as well as on “CSI:NY” and “Southland” among many others. Wallace also is the voice behind Harmony Bear in the new Care Bears series on The Hub. 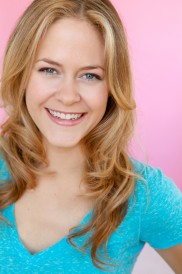 Liz McGeever is best known for her lead role in the Lifetime Movie, “Queen Sized,” alongside Nikki Blonksy. She has also appeared in several independent films including “The Conjurer,” “Abduction of Jesse Bookman” and “Eternity: The Movie.” McGeever has performed in a number of plays. Her favorite roles include Nina in “The Seagull” and Honey in “Who’s Afraid of Virginia Woolf?”

In “Crazy Bitches” McGeever portrays Minnie, the younger sister of Belinda (Guinevere Turner) and Alice (Victoria Profeta). Minnie is the good girl, stripped of vanity, earnest and hopeful that everyone can just get along. She has a special gift of “intuiting” that allows her to sense things that are about to happen, or have happened in the past. 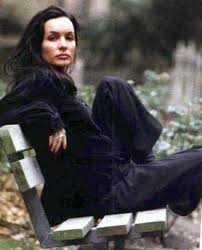 Turner is one of the writers behind “American Psycho” as well as “Go Fish” and has made cameo appearances in “Chasing Amy” and “Dogma.” You might also remember her as Gabby on “The L Word,” the hit lesbian show for which she wrote and acted as story editor for the first two seasons.

Stay tuned as we introduce you to more of the former Alpha Kappa Pi sorority girls who are about to meet their demise in “Crazy Bitches.” 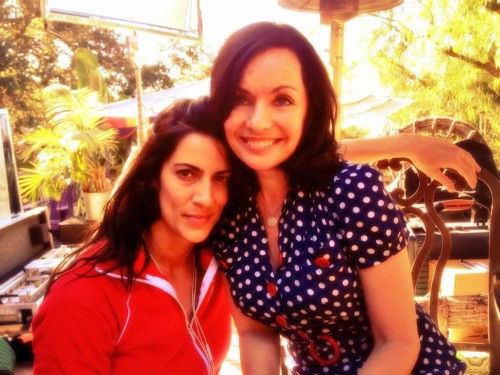 Cathy DeBuono and Guinevere Turner on the set of “Crazy Bitches.”

Filming is underway on Jane Clark’s lesbian horror flick and rumor has it that cast member Samantha Colburn winds down after a long day on the set with her very own dance party in her car on the 45-minute drive home. She tweeted that if you see her swerve, it’s not because she’s tired — she’s just rockin’ out!

“A girls weekend away turns bloody when one by one they are killed by their own vanity,” is the grisly preview of writer/director Jane Clark’s upcoming horror flick “Crazy Bitches.” 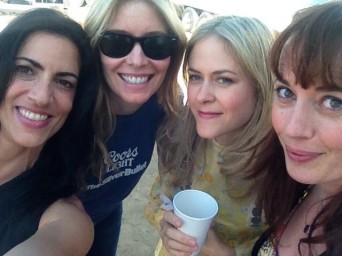 To whet your appetite, here’s some of the cast on their first day of filming.

With a lesbian subplot and a cast list boasting Cathy DeBuono, Guinevere Turner (who has worked on everything from “American Psycho” to “Chasing Amy,” and appeared on “The L Word” as Alice‘s girlfriend Gabby) and Mary Wells (a veteran of the lesbian movie circuit), this is a must-see for lesbian horror fans.

The plot centers on a group of former Alpha Kappa Pi Sorority girls who take a trip out to a ranch to celebrate their friend Alice’s birthday… but their first night on the ranch reveals an chilling secret about the house they’ve rented, and soon, the girls are dying, each killed by her own particular vanity. A fun-filled week has turned into a race against the death clock. Who will make it out alive?