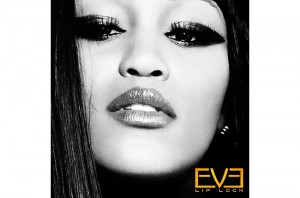 Eve returns to the Garden of Eden, well maybe the modern day version of Eden, which is a weekend that is a girl’s delight filled with great clothes, food, music, comedy and celebrities during Pride Weekend in the City by the Bay.

Eve is excited about her first ever performance in San Francisco and for her female fans who will come out to see her at EDEN.

“I love them,” says Eve, the one name 34-year-old entertainer whose given name is Eve Jihan Jeffers, about her queer and straight girl fans. “I mean they have always been so supportive to me since the beginning of my career. It’s always been great support and … love. It’s such an amazing thing honestly, so I’m really excited about performing.”

She plans to show the girls (and boys) a good time.

“Lip Lock” is Eve’s long awaited follow up to “Evo-Olution.” Fans haven’t heard the artist and fashion designer perform for more than a decade.

She didn’t disappear completely. Eve appeared in her own TV show the “Eve Show” and some independent films as well as produced a fashion line, Fetish, which is now defunct. But, she hasn’t sung and that’s what fans have been anticipating and hungry for given the response to “Lip Lock.”

Since the beginning of the year, Eve’s slowly released three singles from the album produced by her record label, From the Rib Music. The first single, “She Bad Bad,” the remix of the song features Pusha T and Juicy J, was viewed more than 1.2 million times on YouTube within weeks after the song’s release.

Eve followed up the single with “Make It Out This Town,” featuring Gabe Saporta of Cobra Starship and “Eve” featuring Miss Kitty.

Eve is currently booking small performances leading up to the launch of her tour tentatively to be announced sometime mid- to -late summer, she tells Girls That Roam.

Fans will immediately realize that Eve has evolved. The collection of songs on “Lip Lock” range from guttural longing and hard lessons learned accompanied by bass rhythmic beats to the more recognizable energetic in-your-face tough girl from her Rough Ryder crew led by DMX and early days to pop beats filled with hope and an upbeat techno rhythm.

The album also is clearly not American, but a reflection of the world through sound. Eve derived her new melody from her travels throughout Africa, the Middle East and Europe where the Philly-native often performs to create a global sound, she says.

Eve currently lives in London with British entrepreneur Maximillion Cooper. Glowing with love, Eve, spoke openly with the HuffPost Live about the couple’s three-year relationship, being in a step-mom type role, and relocating her life to London.

The world is Eve’s garden that she’s embraced. She loves every aspect of traveling.

“It’s getting off a plane or possibly a train and being in another country and having to kind of figure out where you are and figure out your bearings,” says Eve. Beyond the basics she has a healthy appetite for food and people in different countries.

“I really do enjoy the whole experience of travel,” she says. “I try to take it all in.”

While she loves Jamaica and Bali and Paris reign high on her favorite places in the world, Eve desires to experience Egypt, Israel and the Maldives, she says. 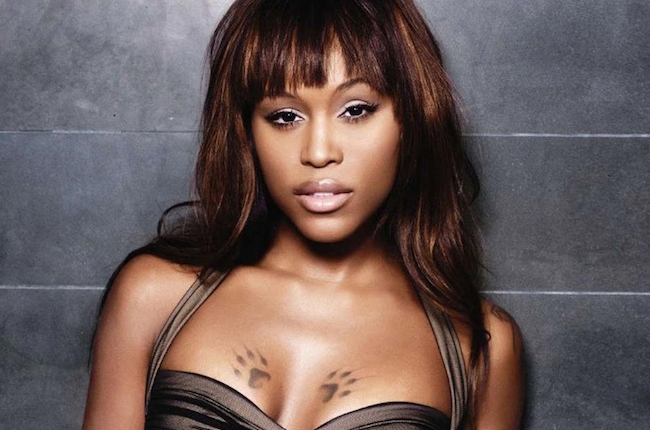 The album also reflects the internal changes that have occurred personally and professionally since Eve began working on “Lip Lock” in 2007, when she was still with Interscope. She scrapped the work she did six years ago along with the label and a brief dance with another label, EMI, striking out completely on her own. She’s emerging confident and independent.

Eve hopes that her fans still recognize her while embracing where she is now in her life, she says about  the album.

“I hope that this album brings them to where I am now as a person, as an artist, as a woman,” she says.

“I feel like a new artist and I just had a fun time doing it,” says Eve. “I hope people feel it.”

Calling her own shots, she collaborated with Swizz Beatz, Claude Kelly, Salaam Remi and Jukebox. Friends Missy Elliott, Snoop Lion (formerly the artist known as Snoop Dogg) along with talent new and old that she wanted to work with Dawn Richard, Pusha T, Saporta and others make guest appearances on “Lip Lock.”

Eve particularly wanted to have a female presence on this album.

“It was great,” says Eve about working with her friend Missy and other female rappers she admires and being in charge. “I’m a female rapper, so I wanted to have some female presence on this album.”

Eve is a great collaborator giving props to the artists she works with from Gwen Stefani, “Let Me Blow Ya Mind” and Alicia Keys “Gangsta Lovin’.”

She’s also generous with her open admiration for women rappers who inspired her, her peers, and a new generation of rhyming women.

Eve believes 2013 is going to be the year for emerging female artists talking about a new crop of girl rappers such as Angel Haze, Azealia Banks and Nicki Minaj as well as girls from her breakout days, Lil’ Kim and Missy.

Still, Eve doesn’t believe there are enough female artists, particularly rap artists writing their own lyrics being recognized and supported. Only a handful of female rap artists emerge from the sea of male rappers.

She doesn’t know why there aren’t more women hip-hop and rappers. She speculated that the industry is “run by men,” but she’s hopeful change is coming and women’s voices will be heard.

One of the reasons why more female voices might be heard in all forms of music is that there is more opportunities and freedom for women to take charge and create their own space to unleash their voices, she says.

She also hopes that she along with a few other female artists who have their own recording labels inspire younger generations of aspiring musicians and writers to take charge of their own destiny.

“I think that in this day and age you don’t really need major labels,” says Eve.

There’s enough room for all of the women’s voices, she believes.

“I think we all have something different to offer,” Eve tells Glamour Magazine. “There’s room for me and my opinion, sure, but there’s room for all of us as well.”

Keep up with Eve at the Eve Daily.