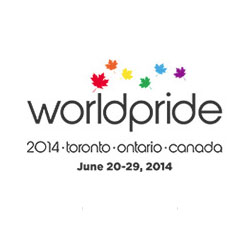 Grammy award-winning rocker Melissa Etheridge will perform at the opening ceremonies for WorldPride 2014 set for June 20 in Toronto. The free concert, to be held in Nathan Philips Square, kicks off the 10-day international celebration of LGBT pride.

Etheridge will perform “Uprising of Love,” her anthem in support of the Russian LGBTQ community. The song became the inspiration for a celebrity coalition by the same name, Uprising of Love, an organization in support of the safety and dignity of lesbian, gay, bisexual and transgender Russians. As a result, 100% of all proceeds from the song go toward the Russia Freedom Fund, which is one of the only ways to make immediate and direct financial contributions to LGBT activists in Russia.

“The lyrics of ‘Uprising of Love’ came from such a personal and passionate spot in my soul and I’m more than excited to share this anthem with the world,” says Etheridge in a statement. “Love is intangible and unpredictable, but it’s the one feeling that is universally experienced and desired by all.”