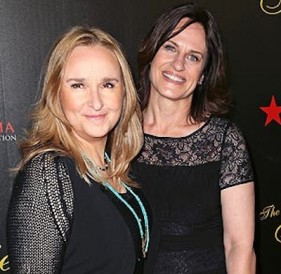 The pair who turned 53 on Thursday (as in, they have the same birthday) wed at San Ysidro Ranch in Montecito, California.

Etheridge sang a never-before-performed song she wrote for the “Nurse Jackie” creator. The couple has been dating since 2010.

All of Etheridge’s kids, Bailey Jean Cypher, 17; Beckett Cypher, 15; and Miller Steven Etheridge and Johnnie Rose Etheridge, 7, played a role in the wedding.

Chelsea Handler, Rosie O’Donnell and Jane Lynch were among the celebs in attendance.