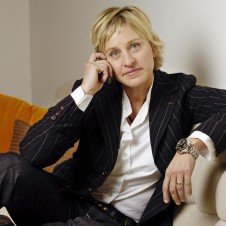 Ellen’s at it again!

According to The Hollywood Reporter, NBC has given a script order to an untitled single-camera sitcom executive produced by Ellen DeGeneres and written and produced by Lauren Pomerantz, who worked on “Ellen.”

The series will center on an independent 32-year-old woman who, upon being listed as “single” while signing papers for a house, enters crisis mode and wonders if she’s made the right decision in being on her own.