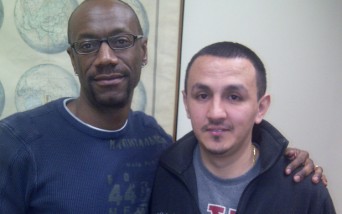 The Supreme Court’s landmark decision to strike down parts of the Defense of Marriage Act (DOMA) and essentially nullify California’s gay marriage ban known as Proposition 8 had immediate repercussions for binational lesbian, gay, bisexual and transgender couples trying to keep their families together in America. In particular, it had an immediate effect on deportation proceedings.

Sean and Steven Brooks are just one couple affected by the decision.

Sean Brooks, a New York musician, has been legally married to his Colombian husband, Steven, ever since New York State legalized gay marriage in 2011. But like about 28,500 other binational same-sex couples, Steven was not entitled to a spousal visa because his marriage to Sean was not legally recognized by the federal government, leaving Steven vulnerable to deportation proceedings.