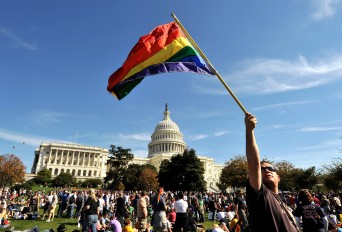 The Supreme Court rulings against the Defense of Marriage Act and California’s Proposition 8 are providing new momentum to the LGBT rights movement as advocates are pushing for officials to interpret the decisions as broadly as possible.

The court ruling against DOMA is complex because it means that new benefits will be available to same-sex couples if they’re married. But there still is an issue with some of these benefits even with DOMA gone.

Some of these benefits, like Social Security survivor benefits and tax benefits, are in question because federal law governing these issues looks at a state where a couple lives as opposed to whether they were legally married. That means a gay couple that marries in a state like New York, but moves to Florida, won’t be able to apply for these benefits while living there.