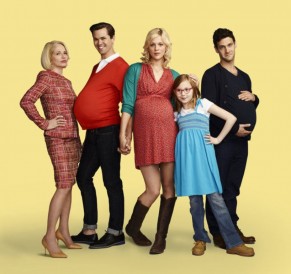 Only three episodes of The New Normal have aired on NBC and there’s already been protests by One Million Moms, a Mormon television station and lesbians who don’t like to be joked about as frowny-faced gingerbread men. Some of us have been quick to curse Ryan Murphy, one of the show’s creators, and declare him an enemy to gay women, but it’s just not the case.