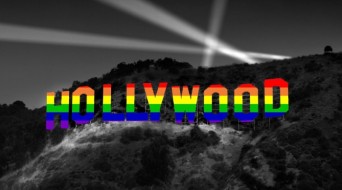 A couple of weeks ago, actor Alec Baldwin issued a series of tweets rife with homophobic slurs about a journalist, George Stark, who had written a Daily Mail article about the actor’s wife tweeting during James Gandolfini’s funeral. So far, Baldwin seems to be getting a pass on a very ugly incident in what is yet another sign that, even at a time of significant advances in LGBT rights — the Supreme Court had struck down DOMA the day before Baldwin’s homophobic Twitter rant — Hollywood still has a big gay problem.

Baldwin did send an apology to GLAAD, saying that his “ill-advised attack…had absolutely nothing to do with issues of anyone’s sexual orientation.” He deleted his Twitter account (as he has before) and said he was quitting Twitter (and said he was even thinking of quitting acting); the Daily Mail removed the article about his wife Hilaria.

One Response to “Does Hollywood still have a gay problem?”