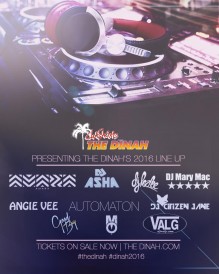 Cisgender men dominate the DJ scene. However, at The Dinah this year, both women and trans individuals will be given space to spin their jams for queer party-goers. In a landmark move for The Dinah, DJ Automaton has been added to the line-up, making him the first trans person to perform at The Dinah ever. 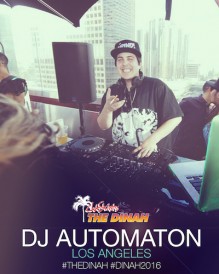 DJ Automaton (Vincent Domini) grew up in Portland, Oregon and is currently based in Los Angeles as a DJ, Musician, and Event Producer. He is known for parties such as The Grind!, Mugshot, Portland’s Gaycation, guitarist/vocals for the punk/grunge/metal outfit Brother, drummer in Swan Island, XYX a weekly house, 90’s hip hop & R&B party, and CAKE a trans hip hop monthly party in Downtown Los Angeles. He’s influenced by a wide range of genres from psychedelic, punk and funk of the 60’s and 70’s, hip hop of the late 80’s/90’s, and 80’s/90’s grunge and goth.

Some of the other DJ’s for 2016 include queer grrl party scene mainstays such as DJ Lezlee, DJ Asha, Citizen Jane and many more.

Want to join in on the fun? Purchase tickets to this year’s Dinah at www.TheDinah.com