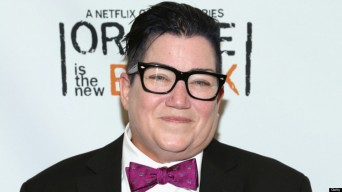 Lea DeLaria has been slaying audiences from the stage for over 25 years, whether performing stand-up in a comedy club, acting in a Broadway musical, or transporting jazz fans as a vocalist. The triple-threat who launched her career by billing herself “That Fucking Dyke,” is now reaching her biggest, youngest audience yet as Carrie “Big Boo” Black in the show we’re all obsessed with, “Orange Is the New Black.”