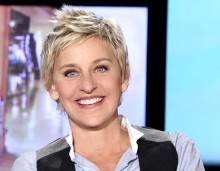 When Ann Romney revealed that “Modern Family” is her favorite TV show, the comedy’s co-creator Steve Levitan fired back, offering her a role as the officiant of Cam and Mitch’s wedding … when gay marriage is legalized.