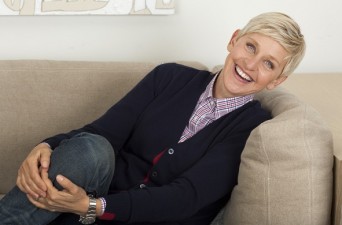 Forbes magazine published its annual listing of the World’s Most Powerful Women and Ellen DeGenres is the lone out lesbian among them. DeGeneres is listed at No. 46 on the register of the most influential women in politics, media, fashion and film.

German chancellor Angela Merkel garnered the top spot, with politically-associated Hillary Clinton (No. 6) and Michelle Obama (No. 8) joining her in the Top 10.

Other top spots were filled by women in the technology industry, among them Facebook COO Sheryl Sandberg (No. 9) and Yahoo! CEO Marissa Mayer (No. 18).

Among the other entertainers joining DeGeneres on the list which Forbes touts as the “definitive annual guide to the extraordinary icons and leaders, ground-breakers and ceiling crashers who command the world stage” are Oprah Winfrey (No. 14), Beyonce (No. 17), Sofia Vergara (No. 32), Angelina Jolie (No. 50) and Lady Gaga (No. 67).