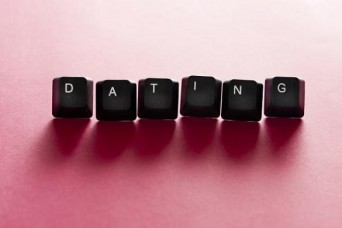 A few weeks back, Bethany Frazier shared her thoughts on reentering the dating world after a break-up in her insightful blog “When to start dating after a break up.” Bethany encouraged single ladies to “listen to your heart and your head” in trying to determine when to get back in the dating game and extolled the bad-assness of embracing one’s single status.

Officially single for over four years now, I find myself evaluating my own relationship readiness. I feel my heart is ready — I no longer pine for my ex in any form or fashion and, with the clear-eyed vision provided only by time and distance, I’m now truly grateful that she ended our eight-year relationship (a period I now alternately refer to as The Soul Sucking Years or The Self-Esteem Eradicating Era).

But though the heart is healed, I’m not so certain that my head is fully in the game. I’m actually more than a wee bit concerned that I’ve grown too content being single, a comfort level which appears to have inspired a degree of selectivity beyond what most people would find reasonable. Allow me to explain the typical Candy-makes-a-weak-attempt-to-start-dating cycle highlighted by this past week’s events and you be the judge.

As my interest in dating rekindled (typically a one-time per year or so occurrence), I forked over my credit card number for an online dating website membership. (By the way, they say the definition of insanity is doing the same thing over and over and expecting a different result. Well, color me crazy when it comes to online dating as over the years I’ve paid untold quantities of hard-earned dollars in pursuit of soul mate kismet to this specific site to no avail.) In any event, I updated my profile text to ensure nothing was horribly out of date (David Sedaris had published since last I updated my “favorite books”), traded out some older photos for more up-to-date fare and set off on my search.

As is often the case, that search began in my message box, as notes from presumably semi-interested women accumulated there while my account lapsed into non-subscriber status. I eagerly clicked the messages icon to see what I’d missed during the last several months.

I had only a couple of messages to go through as, quite shockingly, “portly” and “age 50+” aren’t all the rage in dating search criteria. One woman I ruled out immediately as she was well beyond the radius which I am willing to travel in order to initiate a relationship with someone. Say what you will, but I learned a long time ago that long distance may work once a relationship has a sturdy foundation, but if you try to build one from scratch from hundreds or thousands of miles away, you may as well be building sandcastles on the beach before a hurricane. So it was one message down, one to go.

The next missive was from a local woman, a humor-laced note penned months ago expressing her interest in getting to know me. She earned points for personality and persistence as she’d followed up with another dispatch a few days prior to my membership renewal, bemoaning the fact that she’d not heard from me and wishing me a happy summer.

Interest piqued, I wandered over to her profile to take a peek. That’s when things went from “let’s really try to do this thing this time!” to “Gosh, I love being single and how can I get my $44.97 back?” in a mere 30 seconds (and this is where my perhaps being overly selective comes in).

While Renee Zellweger may have had Tom Cruise at “hello,” I didn’t get through the first sentence of the woman’s profile without mentally waving “goodbye.”

My first instinct was to hit the back button. Stick a fork in me; I’m done. Call the bellhop; I’m checking out. But determined to really give it a go this time, I plowed on past the first five words, letting my own easygoing nature prevail.

Believing easygoing is two words rather than one, I can (sort of) handle (if I breathe deeply and clear my mind for 30 seconds or so). But being single and owning (not fostering or pet sitting or otherwise looking to re-home) seven of any pet is too much. Proclaiming in one’s profile that “there’s no way I’m getting rid of any of them” gives the impression that one might be a teensy tiny bit defensive about said pack o’ pooches.

Don’t get me wrong. I love animals. But I’m also a libra; I love balance, too. So unless there’s a sign out in front of your house that includes the word “shelter” or “rescue,” chances are I’m running like someone left the gate open the second you tell me you own more than a half-dozen of any animal. Well, except maybe fish — small fish that fit in a reasonably sized tank.

Now before all the animal enthusiasts out there jump on me for this, let me say that I’m not without basis in taking this position. In fact, a couple of years ago, as chance would have it, I’d met another woman through this same dating site and we’d agreed to meet up. We’d talked on the phone quite a bit, so I agreed to pick her up at her house before we headed out for a drink and bite to eat.

That old-school act of chivalry turned out to be fortuitous, for what I learned immediately that night — and what then set the tone for a “how fast can I get out of here?” evening — was that the woman owned four dachshunds. Four wild little dachshunds that were apparently encouraged or trained to relieve themselves on newspapers strewn across what should have been the dining room floor, but was instead a giant hardwood-floored puppy potty training pad. Did I mention the smell? Just be happy that online technology hasn’t progressed to the point so as to allow this to be a scratch-and-sniff blog, OK?

So, yeah, when I saw that this latest prospect had almost twice the number of dogs that were all probably six times as big as the dachshunds (they were all Labradors) I promptly clicked the little X in the upper right-hand corner, grabbed my television remote and gave thanks for the fact that I presently share it with no one. Candy’s annual attempt to muster an interest in dating has concluded; move along; nothing to see here, folks.

I joke about it, but how does one really know when she’s being too picky versus simply not settling? And would I be less picky if I wasn’t so doggoned (pun more intended than you could ever imagine) content being single?

What is the maximum number of pets one can own and remain a viable dating prospect? Should someone using “peeked” instead of “piqued” in their dating profile (as in “If I peeked your interest, drop me a line”) really be as much of a deal breaker for me as is smoking? Can I become emotionally intimate with someone who chose the user name “HappyGurl” yet has a furrowed brow in every one of her 15 photos? Can I ever possibly manage to have sex with someone who lists the “Twilight” series among her favorite books? These are the burning questions of my non-dating life.

So let me have it, folks. Am I too picky, simply not settling or just not really ready to date? And if I am too picky, how do you suggest I break free from my cocoon of contentment long enough to take a chance on someone with a baker’s dozen pets, an ironic user name and a poor grasp of the English language? I’m not getting any younger (or less portly) so I’m all eyes and ears. Feel free to leave your comments in the “leave a reply” box below.

One Response to “Dating dilemma: Too picky, too comfortable or simply not ready?”