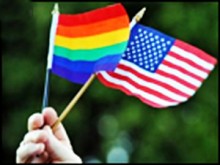 In the fierce debate that led up to President Barack Obama’s repeal last September of Don’t Ask Don’t Tell, the 1993 law that banned gay and lesbian service members from serving openly in the military, supporters of the law warned that a repeal would have disastrous consequences for the armed forces. One letter, signed by more than 1,000 military officers, claimed that a repeal would undermine recruiting efforts, negatively affect “troop readiness” and “eventually break the All-Volunteer Force.”

One year later, the first academic study of the military’s new open-service policy has found there have been no negative consequences whatsoever.