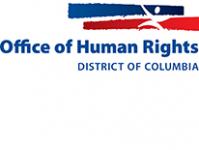 The D.C. Office of Human Rights has created the country’s first government-funded campaign to combat anti-transgender discrimination, the Washington Blade has learned.

Two trans women and men and a self-identified “genderqueer” person will each appear in one of the five separate ads that the agency will place throughout the city in the fall. The spots will highlight respect, shared values and D.C.’s anti-discrimination law, which includes trans-specific protections. The ads will also encourage trans Washingtonians to contact OHR if they experience discrimination based on gender identity and expression.

“LGBT organizations are telling us this is the first government-sponsored campaign in the nation to focus solely on transgender and gender non-conforming people, and the Office of Human Rights is incredibly proud of that,” OHR Director Gustavo Velasquez told the Blade in a statement. “To ensure we take full-advantage of the opportunity, we identified three primary goals for the campaign: increase understanding of transgender and gender non-conforming people, reduce discriminatory incidents in the District and increase the number of community members who report discrimination. The courageous and bright D.C.-based participants appearing in the ads and the powerful accompanying messages can make this happen, although we know much more work needs to be done to eradicate discrimination towards this community.”