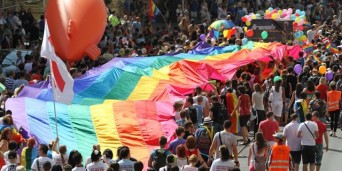 Nearly a hundred social, cultural, and sporting events constitute the program of the 3rd annual Prague Pride festival, held from August 12 to 18. The events, which cater to locals as well as international visitors, embody this year’s theme, which is coming out. To be authentic and live openly, without pretending to be someone else is still a problem in Central Europe, and even in Czech society, which has a better record of LGBT rights than some other European countries.

According to the European Union Agency for Fundamental Rights (FRA) only 11 percent of Czech gays and lesbians are out in their workplace. In the Czech political scene there is not a single politician that voluntary came out publicly. Therefore, one of the highlights of the festival will be a debate on coming out and politics, with U.S. Congressman David Cicilline, the conservative British MP Michael Freer and liberal Dutch MP Mark Verheijen, among others. I am incredibly proud to be facilitating this debate and bringing my perspective as an out lesbian based in New York, where we are lucky enough to have marriage equality and an out lesbian running for mayor.