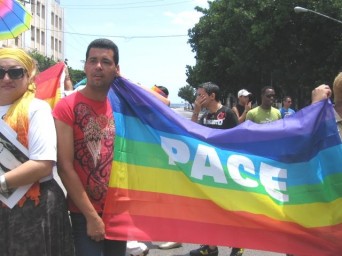 A leading Cuban LGBT rights advocate says that the country’s activists continue to suffer harassment and discrimination in spite of high profile pro-LGBT campaigns on the island.

“We are starting to understand how to organize in a more effective manner,” said Leannes Imbert Acosta, national coordinator of the Cuban LGBT Platform, an umbrella organization she co-founded in June of 12 of the island’s independent LGBT rights groups. She spoke during a panel on LGBT rights in Cuba at the Schomberg Center for Research and Black Culture in Manhattan on Saturday. “There is more societal tolerance, but discrimination still exists.”

The website Cubanet reported that two Cuban security officials detained Imbert Acosta on Sept. 11 as she left her Havana home to deliver to Mariela Castro, director of the country’s National Center for Sexual Education (CENESEX.) materials for a planned exhibit on forced labor camps to which the government sent more than 25,000 gay men and others deemed unfit for military service during the 1960s. Castro, the daughter of Cuban President Raúl Castro, has said CENESEX would conduct an investigation into these camps, known as Military Units to Aid Production or by their Spanish acronym UMAPs, but Imbert and other activists maintain that Castro has refused to work with them on this issue.