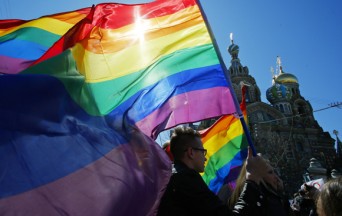 A Russian appellate court on Wednesday dismissed a lower court’s ruling that fined the director of a St. Petersburg LGBT advocacy group more than $15,000 under the country’s “foreign agent” law. Polina Andrianova of Coming Out told the Washington Blade during an interview on August 9 she feels the “foreign agent” law and the ongoing gay crackdown is an attempt to “shut down any kind of possibility for LGBT advocacy.”

Coming Out said on its website the judge in St. Petersburg found the lower court had relied solely on the prosecutor’s charge as opposed to independently establishing whether the organization had violated the 2012 statute that requires groups that receive funding from outside Russia to register as a “foreign agent.” The appellate court also said the deadline to impose the fine against the head of Coming Out had already passed.