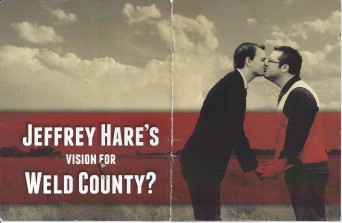 Two men whose engagement photo was used without their permission in anti-gay political attack ads by an organization that, according to its website, opposes “the furtherance of so-called ‘Gay Rights,'” are now suing the organization.

“Our case is about the defilement of a beautiful moment,” Christine P. Sun, the deputy legal director for the Southern Poverty Law Center, explained at a press conference on Wednesday.