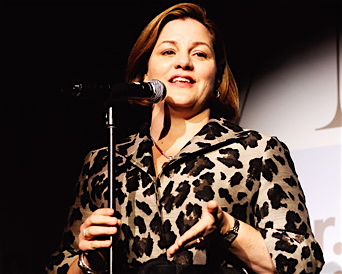 City Council Speaker Christine Quinn’s identity as an out gay woman is essential to her. She’s been out since the beginning of her political career—and boycotted New York’s St. Patrick’s Day Parade for not allowing her to march as an out lesbian.

“I believe that people want government that delivers for them, that is focused on them and making their lives better. That’s what I’ve done.” She cites the jobs she brought to the Brooklyn Navy Yard, the elimination of thousands of housing violations in the city, and the 4,100 schoolteachers’ jobs she’s saved—even when it meant opposing Mayor Bloomberg. And as to the buzz that women and lesbians are abandoning her late in New York City’s mayoral race, “Let me tell you,” she says, “I couldn’t be more gratified by the support I am getting from women and the LGBT community. It’s easy for people to criticize. It’s hard to get things done. I get things done, that’s why I’m getting a great response out there.”