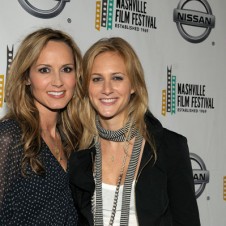 Wright came out publicly in 2010 and met Lauren two weeks later. In an interview with the Today show, the singer said. “Country music has been described as being about God and family and country. And for some reason, people think that you can’t be gay and have those beliefs. That’s why I have to do this. I have to be the one to step forward.”