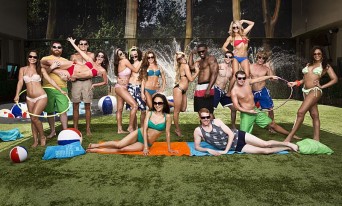 CBS has responded to the growing controversy over racist and homophobic statements made by several “Big Brother” contestants that were captured on the reality show’s live Internet feed. In a statement issued Tuesday night, the network said the “offensive” comments reveal “prejudices … that we do not condone.”

The full statement from CBS is below:

“’Big Brother’ is a reality show about watching a group of people who have no privacy 24/7 — and seeing every moment of their lives. At times, the Houseguests reveal prejudices and other beliefs that we do not condone. We certainly find the statements made by several of the Houseguests on the live Internet feed to be offensive. Any views or opinions expressed in personal commentary by a Houseguest appearing on ‘Big Brother,’ either on any live feed from the House or during the broadcast, are those of the individual(s) speaking and do not represent the views or opinions of CBS or the producers of the program.”