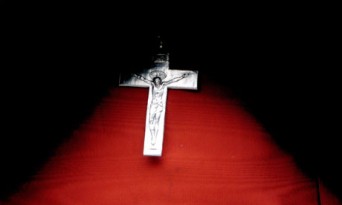 Once upon a time in the not-distant-enough-past, homosexuality was wrongly considered a disorder and listed as such in the American Psychiatric Association’s Diagnostic and Statistical Manual of Mental Disorders (DSM). It was not until 1973 that the APA changed the DSM and said that homosexuality is not a mental illness.

But there are still those out there who think that a person can be “cured” of homosexuality and made “normal.” As NPR reports, a Catholic university in Steubenville, Ohio, Franciscan University, has been in the spotlight for referring to homosexuality as “deviant behavior” in the description for a course in its School of Social Work.