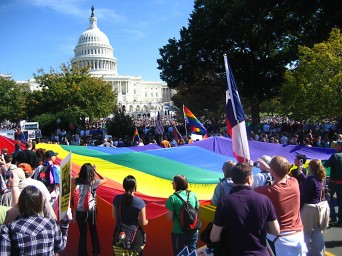 The LGBT movement is by definition conservative. The two issues that have been at the fore of our movement — for which we and our hetero-allies have contributed our money and our time — over the past twenty years have been “same-sex marriage” (“marriage equality”) and the repeal of DADT. While the repeal of DADT celebrated its one year anniversary this week, there have been marginal gains on the same-sex marriage front; DOMA has yet to be repealed on a federal level even though the President has voiced his support for this action and the Democrats included a marriage equality plank in their 2012 platform.