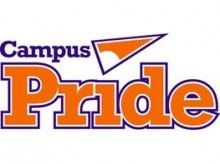 As lesbian, gay,bisexual, and transgender (LGBT) youth come out at younger ages, finding an LGBT-friendly college or university is high on their priority list. Fortunately for these prospective students, Campus Pride and Huffington Post have already done the research for them, announcing today the 2012 “Top 25 List of LGBT-Friendly Colleges and Universities.” The list is based on data from the Campus Pride Index, which rates colleges and universities based on LGBT-friendly policies, programs, and practices.