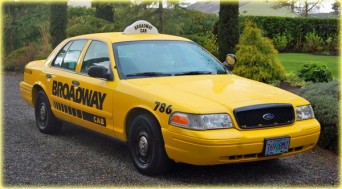 The Oregon cab driver who made headlines last month after he allegedly ejected a lesbian couple from his taxi on the side of a busy highway has lost his permit.

As KGW is reporting, the City of Portland Regulatory Division will permanently revoke Ahmed Egal’s license because he failed to get his customers to their destination safely, and prevented another driver from giving the two women a ride. Meanwhile, Egal’s employers Broadway Cab were fined $1,000 for the incident.