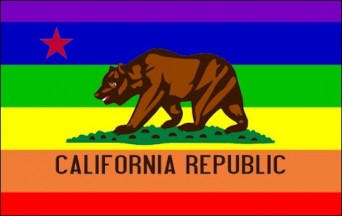 While over one-third of the Fortune 500 now accepts NGLCC certified LGBT businesses as a part of their diverse supply chains, California is poised to be the first state to require utility companies doing business in the state to include LGBT-owned businesses alongside other diverse enterprises, like those owned by women, ethnic minorities and disabled veterans.

The law will include all companies with more than $25 million in annual revenues that are regulated by the California Public Utilities Commission.

“We are so proud of the hard work of our team, our California Affiliate Chambers, our LGBT businesses, our corporate utility partners, and our allied organizations that made passing this bill not only our priority, but also their priority. We are hopeful the wide support of this bill from diverse business communities will ensure Governor Brown signs the bill quickly,” said Justin Nelson, NGLCC co-founder and president.

The bill’s lead sponsor in the State Assembly, Assemblyman Rich Gordon, said, “Not only does the bill establish equity for LGBT business owners, but it is also generates additional opportunities, spurring continued recovery and economic growth throughout California.”

On Tuesday, the California State Senate passed the bill by a vote of 22 to 9. Yesterday, the State Assembly gave final approval to the measure by a wide margin of 50 to 17. It now heads to Governor Jerry Brown to be signed into law.

The bill was introduced by Senator Mark Leno in the California State Senate. “The LGBT business community owes a huge debt of gratitude to Assemblyman Gordon and Senator Leno for their hard work in passing this bill that will have real impact on the lives of LGBT California business owners and the many Californians employed by them,” said Chance Mitchell, NGLCC co-founder and CEO.

“This is a major step forward in leveling the playing field for thousands of LGBT business owners in California and we look forward to working with the many diverse business organizations in the state to ensure access and opportunity for our collective businesses,” said Sam McClure, NGLCC vice president of affiliate relations and external affairs.

Nelson noted that in addition to advocacy at the state level, NGLCC is working with several federal agencies through a series of memorandums of understanding to ensure LGBT-owned small businesses have access to contracts that will aid the federal government in meeting its mandated small business procurement goals. NGLCC is also working with several county and municipal governments to open up procurement opportunities to certified LGBT businesses.