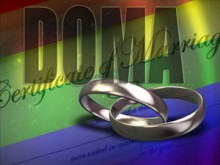 Another court has overturned the anti-gay Defense of Marriage Act (DOMA), ruling in Pedersen v. Office of Personnel Management that “no conceivable rational basis exists for the provision.” Judge Vanessa L. Bryant, a district judge in the Second Circuit appointed by President George W. Bush, therefore ruled that DOMA “violates the equal protection principles incorporated in the Fifth Amendment to the United States Constitution.”

The suit was brought by same-sex couples living in Connecticut, Vermont and New Hampshire who argued they were unfairly denied access to various programs available to other married couples. House Republicans, under the guise of the Bipartisan Legal Advisory Group (BLAG) and Speaker John Boehner’s (R-Ohio) leadership, intervened at taxpayer expense to defend the anti-gay statute. In her decision, Bryant took BLAG to task for attempting to rewrite the past by claiming that gays and lesbians have not been subject to discrimination throughout history.