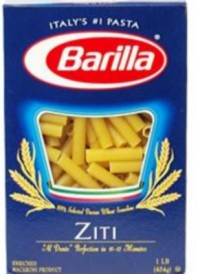 The chairman of Barilla Group says his company will not feature gay families in advertisements. If someone disagrees, well, they can go “eat another brand of pasta.” Activists are now demanding a boycott against Barilla, which is the world’s largest pasta producer, according to Italy’s Gazzetta del Sud.


“We have a slightly different culture,” Barilla said, per a Huffington Post translation of the interview. “For us, the ‘sacral family’ remains one of the company’s core values. Our family is a traditional family. If gays like our pasta and our advertisings, they will eat our pasta; if they don’t like that, they will eat someone else’s pasta. You can’t always please everyone not to displease anyone. I would not do a commercial with a homosexual family, not for lack of respect toward homosexuals – who have the right to do whatever they want without disturbing others – but because I don’t agree with them, and I think we want to talk to traditional families. The women are crucial in this.”