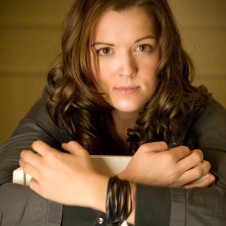 Brandi Carlile, the whiskey drinking, fedora wearing, out lesbian country singer had quite the performance at Napa Valley’s BottleRock. Although she is engaged to Catherine Shepherd, that didn’t stop the crowd from going googly-eyed over her. And for good reason. Not only does she have a contagious smile and eyes worth meeting, but her voice soars over and above the audience.

Brandi Carlile winked while yodeling the lyric, “I’m in love with a beautiful gal,” evoking peals of delight from  the ladies in the audience. Carlile sported a purple bandana tied to the waist of her pants which hung like a tail of pride. With BottleRock primarily marketed as a rock festival, Carlile held her own as a country/folk singer.