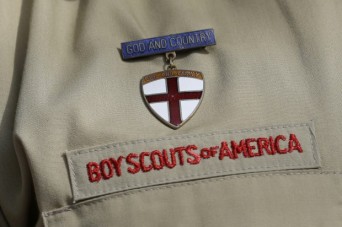 The 1,400 delegates were not given the option, however, to lift the prohibition of openly gay adult volunteers and leaders.

“Today’s vote is a significant victory for gay youth across the nation and a clear indication that the Boy Scouts’ ban on gay adult leaders will also inevitably end,” Rich Ferraro, a spokesperson for LGBT media watchdog group GLAAD said in a statement after the vote. “The Boy Scouts of America heard from religious leaders, corporate sponsors and so many Scouting families who want an end to discrimination against gay people, and GLAAD will continue this work with those committed to equality in Scouting until gay parents and adults are able to participate.”